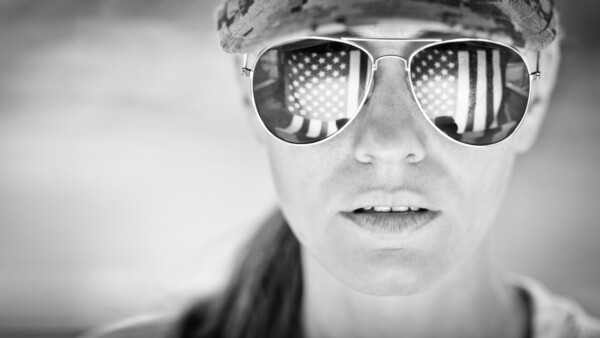 Thousands of LGBTQ veterans who were forced out of the military under the Don’t Ask, Don’t Tell policy will now be eligible for their Department of Veterans Affairs benefits.

Approximately 14,000 service members were given other-than-honorable discharges due to their sexual orientation, gender identity, or HIV status. This made them ineligible for VA benefits such as home loans, education assistance, employment assistance, health care, and disability compensation. (To be eligible for benefits, an individual must be honorably discharged). However, under the VA’s new guidance, those who were discharged under Don’t Ask, Don’t Tell will be eligible for their benefits. The VA will award veterans benefits based on a person’s military records, not their sexuality.

The Department of Veterans Affairs says that this new policy doesn’t amount to a change in law – which would require an act of Congress. Rather, it’s a clarification on existing guidelines and an attempt to rectify its discriminatory policies. The VA’s legal officials say that the department has broad authority to decide which veterans are eligible for VA services.

VA Secretary Denis McDonough issued the new guidance in late 2021. Previously, Secretary McDonough issued an agency-wide review of VA policies relating to LGBTQ veterans, vowing to make the department more welcoming for all veterans, patients, and employees. His announcement about the new policy coincided with the 10th anniversary of the repeal of Don’t Ask, Don’t Tell. President Clinton enacted the policy, which banned openly gay, lesbian, or bisexual persons from serving in the military, in 1993. President Obama repealed Don’t Ask, Don’t Tell in September 2011.

President Obama said, at the time, “It is time to close this chapter in our history. It is time to recognize that sacrifice, valor and integrity are no more defined by sexual orientation than they are by race or gender, religion or creed. It is time to allow gay and lesbian Americans to serve their country openly.”

In addition to the 14,000 individuals removed from service under Don’t Ask, Don’t Tell, it’s believed that as many as 100,000 service members have been discharged for their sexual orientation. Beginning in World War II, the US formally banned gay service members.

Veterans affected by Don’t Ask, Don’t Tell can now seek an upgrade to their discharge status. The VA encourages veterans to contact the department with any questions about eligibility or for help with the upgrading process.

For veterans who need help with their life expenses, the VA can be a valuable resource. However, the application process can seem a little daunting. At Brian M. Douglas & Associates, we can help answer questions about VA benefits. Our firm can also help you understand how veterans and their families can access some underutilized state and federal benefits. To schedule a consultation, you can reach us at (770) 933-9009 or via our online contact page. We’d be happy to help.